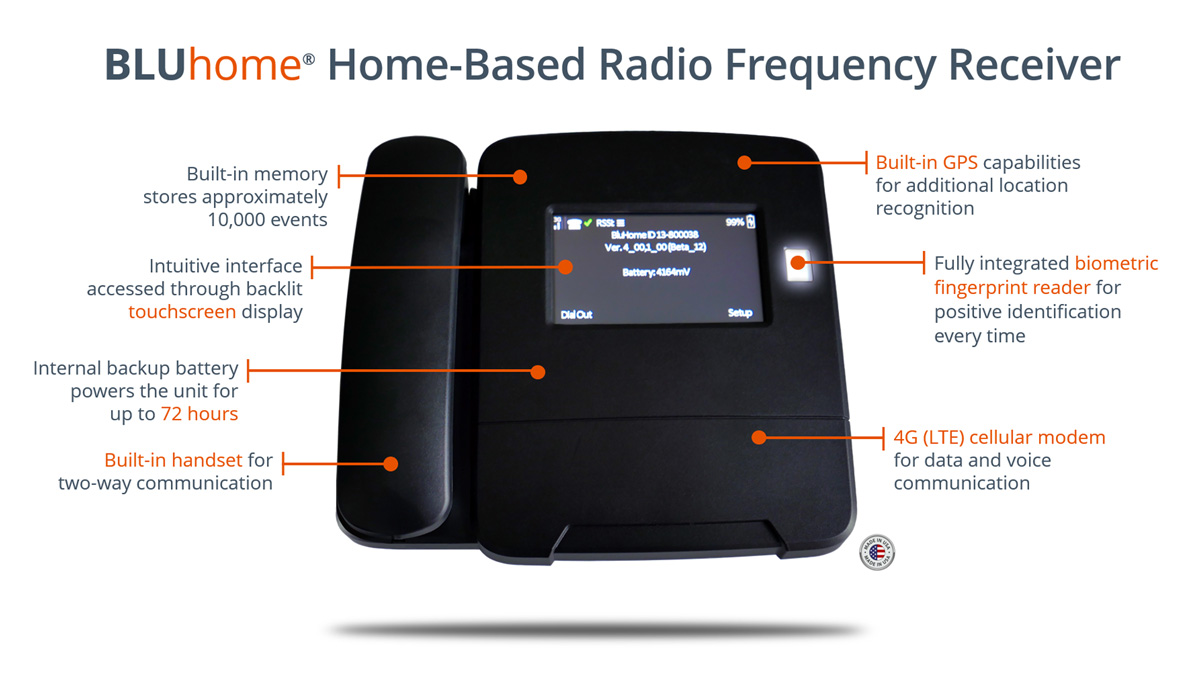 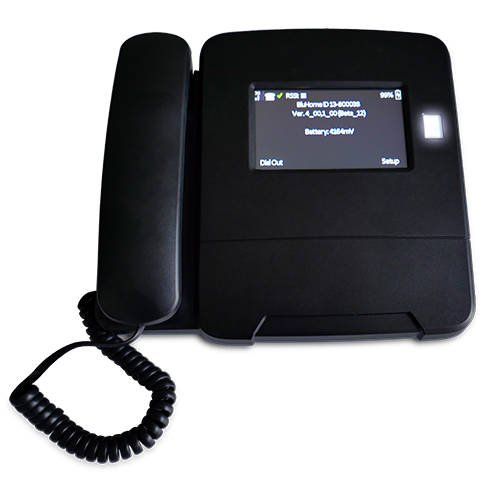 Radio Frequency technology continues to play an important and integral role in the efforts of law enforcement and community corrections agencies to use offender electronic monitoring programs to manage offender populations. Knowing this, we took the initiative to upgrade BLUhome®, our home-based RF receiver to include features that leverage the most up-to-date technology including:

The addition of the biometric fingerprint scanner and GPS capabilities provide agencies with the ability to verify the location of both the enrollee and the BLUhome device at regularly scheduled intervals. In the event that BLUhome detects that the enrollee has moved out of RF detection range, the device emits an audible notification requiring the enrollee to prove they are present by authenticating their identity via the biometric fingerprint scanner. If the enrollee fails to verify they are indeed present, BLUhome alerts the agency via VeriTracks®, our web-based electronic monitoring and reporting platform.

What’s more, BLUhome also includes the standard features that agencies have come to rely on from the most reliable RF monitoring solution on the market today:

BLUband is our small, lightweight and extremely durable ankle-worn radio frequency (RF) transceiver. Designed to work in tandem with our BLUhome home-based receiver, BLUband records and reports the date and time when an enrollee enters or leaves a designated location. When used together, BLUband and BLUhome create an extremely effective solution for home confinement monitoring as the ankle transceiver and home monitoring unit continuously communicate with one another to monitor the presence of the enrollee while they are at home. BLUhome then directly communicates with our 24/7/365 Monitoring Center to report the enrollee’s curfew compliance.

BLUband is a feature-rich solution that has become the industry standard for RF monitoring: