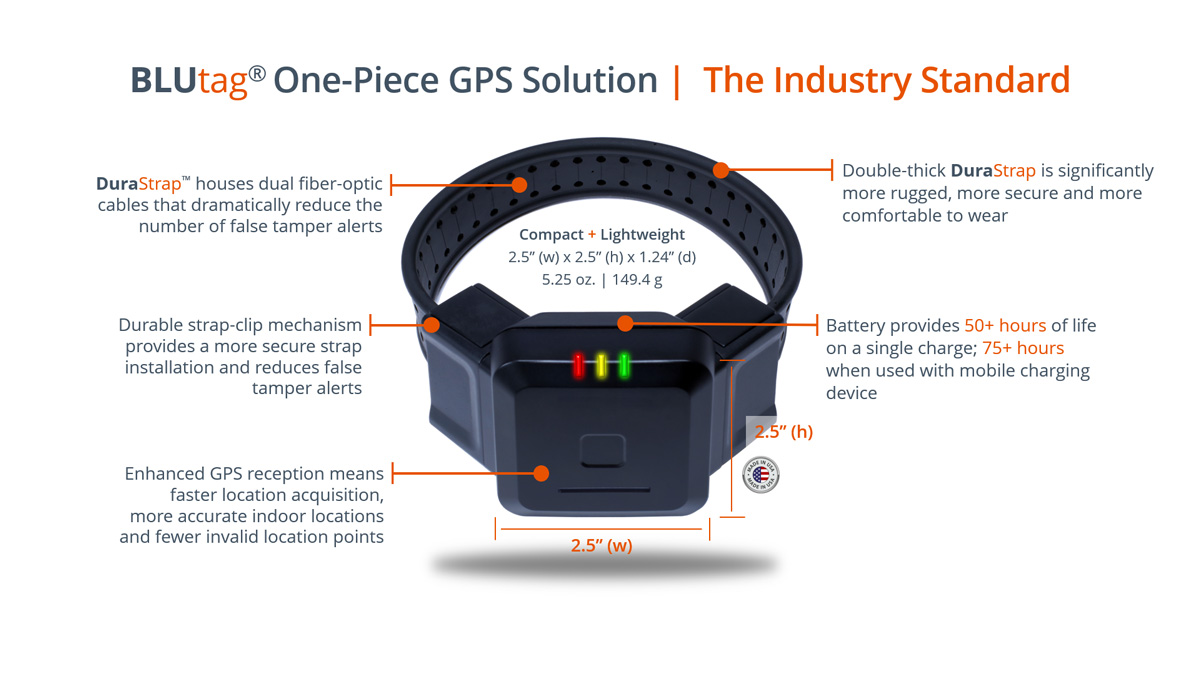 The electronic monitoring industry is littered with lookalike, cookie-cutter GPS products that are largely thinly veiled copies of the products created by their competitors. As the inventors of BLUtag®, the industry’s first one-piece GPS tracking device, Securus Monitoring has never focused on keeping up with the competition. Instead, we focus on creating products like BLUtag that provide solutions to the challenges faced by law enforcement and community corrections agencies: 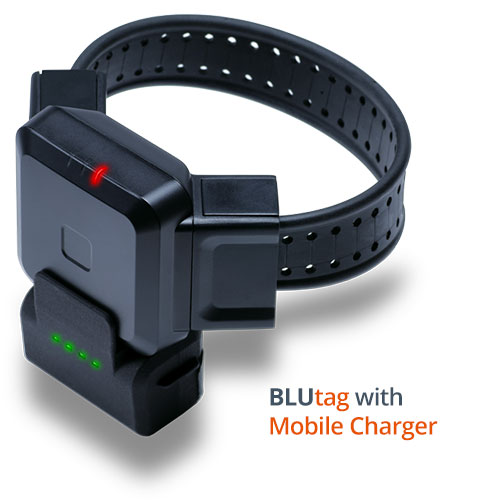 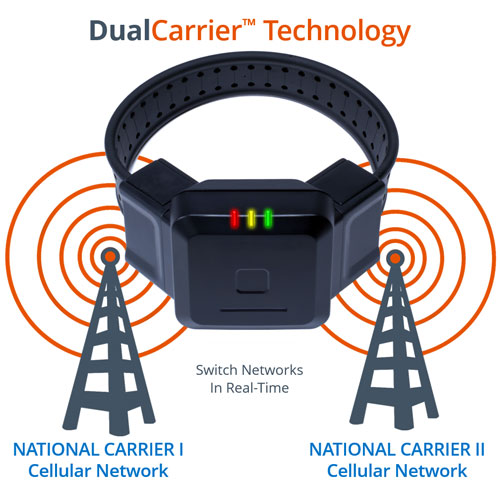 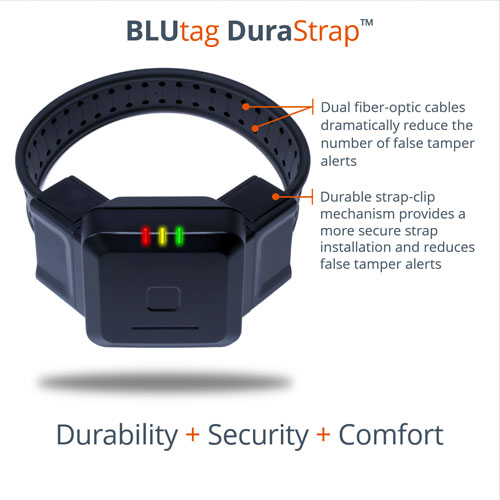 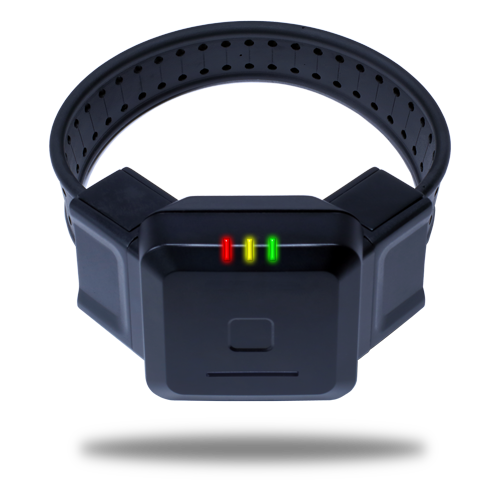 Small, durable, easy to recharge, with the most advanced tamper detection systems available, BLUtag® represents the latest evolution of GPS tracking devices and is the most advanced and reliable GPS electronic monitoring device Securus Monitoring has ever created.

With its state-of-the-art GPS receiver, BLUtag provides unparalleled location accuracy plus the ability to communicate over dual 4G cellular networks for reliable nationwide coverage. Tracking data from BLUtag is received by our 24/7/365 Monitoring Solutions Center via VeriTracks®, our secure web-based electronic monitoring platform.

What’s more, BLUtag® is designed to seamlessly integrate with our BLUbox and BLUhome® RF solutions to effectively and efficiently monitor enrollees in home confinement programs.

In addition, BLUtag offers these features and benefits:

The Global Positioning System (GPS) is a satellite-based radio navigation system owned by the United States government and operated by the United States Air Force. It is a global navigation satellite system (GNSS) that provides geolocation and time information to a GPS receiver anywhere on or near the Earth where there is an unobstructed line of sight to four or more GPS satellites. Obstacles such as mountains and buildings can block the relatively weak signals being transmitted from GPS satellites. The GPS project was started by the U.S. Department of Defense in 1973. The first prototype GPS satellite was launched into orbit in 1978 and the full constellation of 24 satellites was operational by 1993. According to the U.S. Naval Observatory website, the current GPS constellation consists of 32 Block II/IIA/IIR/IIR-M satellites.

HOW DOES IT WORK?

Wherever you are on the planet, at least four GPS satellites are ‘visible’ at any time. Each one transmits information about its position and the current time at regular intervals. These signals, travelling at the speed of light, are intercepted by a GPS receiver like BLUtag, which calculates how far away each satellite is based on how long it took for the messages to arrive. Once it has information on how far away at least three satellites are, BLUtag can accurately pinpoint its location using a process called trilateration.

These environmental factors (and many more) effect the ability of any GPS device, consumer grade, military grade or otherwise, to provide continuous and accurate tracking data.

HOW DOES ELECTRONIC MONITORING USE GPS?

The diagram below provides an overview of how Securus Monitoring Solutions uses the data received from GPS satellites to monitor individuals enrolled in an electronic monitoring program. 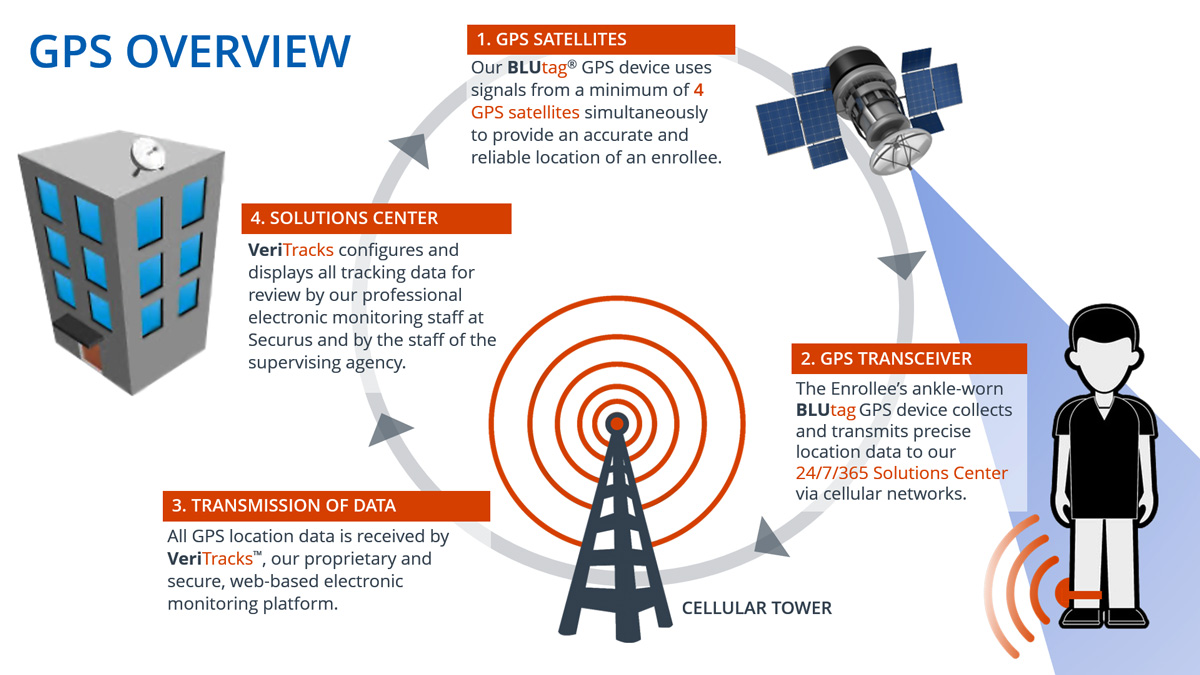