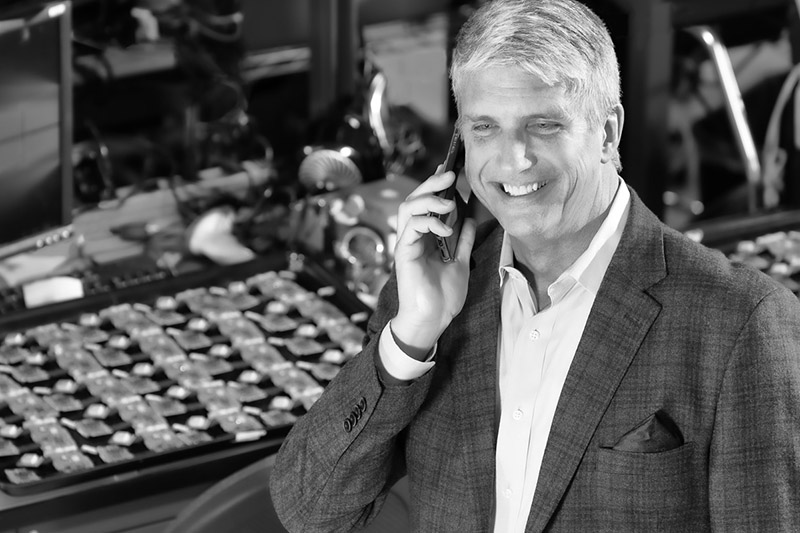 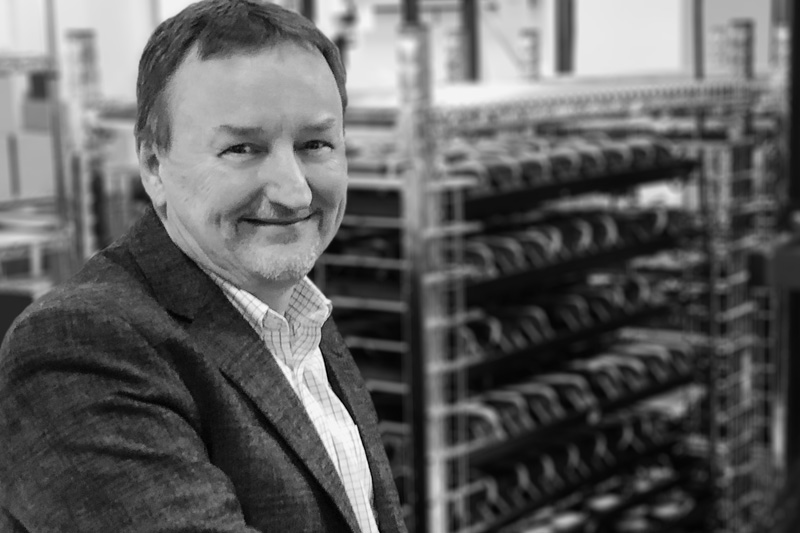 Stephen FreathyVice President Hardware Engineering
Stephen Freathy, a founding executive of Satellite Tracking of People, is responsible for all engineering and new product development, along with implementing enhancements for existing equipment.
Learn More 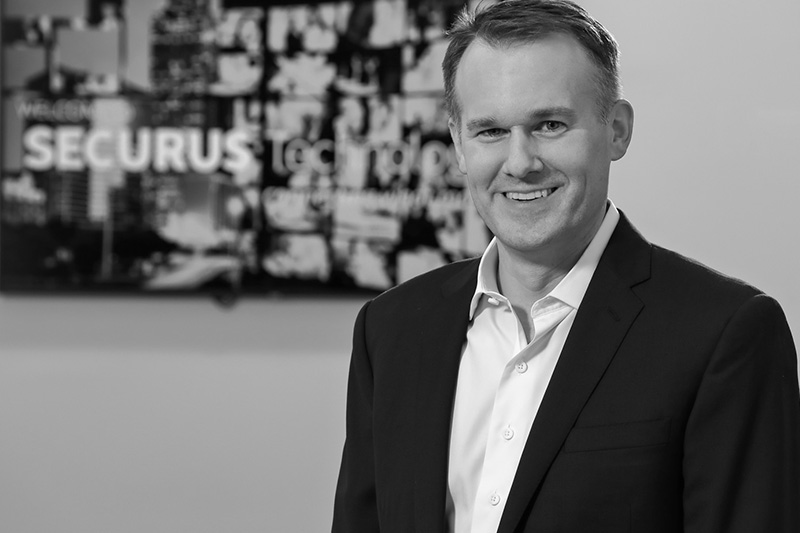 Jose AndradeVice President of Sales
As Vice President of Sales for Securus Monitoring, Jose Andrade oversees all sales and marketing efforts for the organization and is largely responsible for driving growth and increasing revenue. Jose is a 20-year veteran in sales and marketing, spending the vast majority of his career as a leader of sales organizations around the world.
Learn More 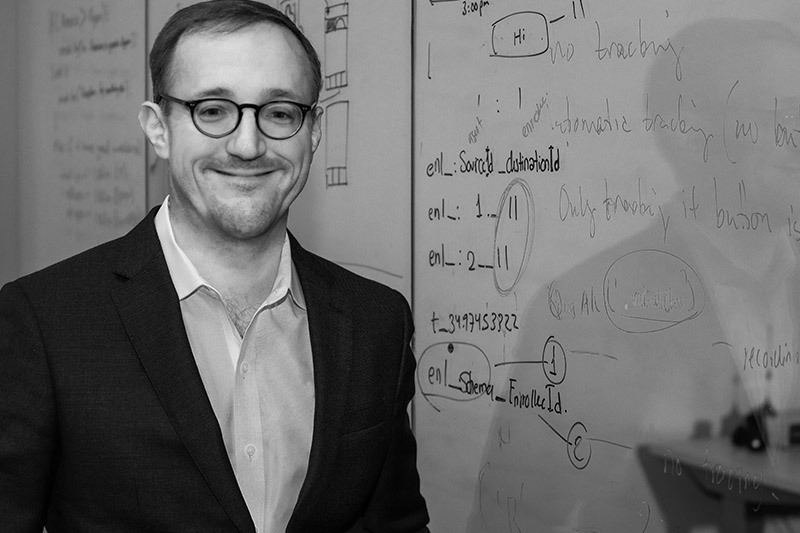 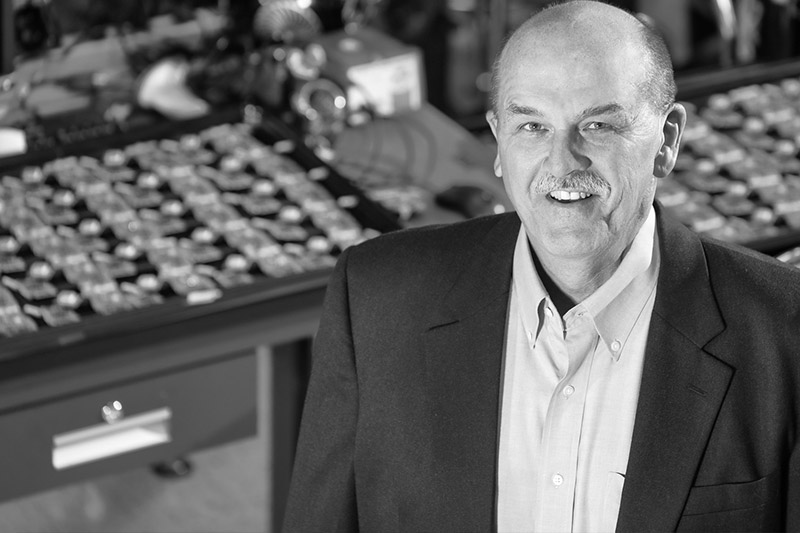 Dave LeJeune is responsible for all aspects of our software development, management, quality assurance, IT infrastructure and advanced technical support to customers. Dave joined Satellite Tracking of People in 2005 as the System Architect for VeriTracks™, our proprietary electronic monitoring software and was promoted to his current position in 2011. Leveraging his extensive experience with the STOP, Dave is able to provide extensive insight into the requisite infrastructure and scalability of the host servers and integration with our monitoring hardware solutions.

Prior to joining Satellite Tracking of People, Dave was involved with software lead development, program management and IT consulting. He was the Manager of Software Development at Invertix Corp. where he led a team that developed mNet, the Company’s flagship messaging platform. He also coordinated third party vendors for integration projects with Nokia, CMG, Sun Microsystems and Oracle. These efforts resulted in Invertix earning Gold Certification from CMG, which established the Company as one of the leaders in Short Message Service Center (SMSC) connectivity.

Mr. LeJeune earned holds a Bachelor of Science degree in Computer Science from Virginia Polytechnic Institute and State University (Virginia Tech) as well as a Certificate of Business Excellence from the HaaS School of Business at the University of California, Berkeley.

Greg Utterback, a founding executive of Satellite Tracking of People, brings a multi-faceted background to the Securus Monitoring Solutions, including the implementation of new business growth strategies, continuing development of key relationships and myriad senior management responsibilities. He possesses substantial expertise in the areas of community corrections, contract negotiations, customer development and retention.

Prior to joining STOP’s executive team, Mr. Utterback was the Managing Director of Business Development at Cornell Companies, Inc. During his tenure there, Mr. Utterback gained extensive knowledge of privatized corrections, industry business strategies and successful and effective operations. He managed projects spanning from production and response to Requests for Proposals and to supervising the transition from business development to operations. He also initiated the expansion of Cornell’s growth strategy to international operations. When new facilities were acquired, he transitioned them into corporate standards. Mr. Utterback assisted with the development of $90 million in new revenue for Cornell during 2003-2004.

Mr. Utterback is an alumnus of the University of Texas in Austin with a B.B.A. in Finance and concentrations in accounting and management. He served on the President’s Standing Committee on Admissions and Registration.

Jon Secrest is Vice President, Managing Director of Securus Monitoring Solutions. Mr. Secrest assumed this role in February 2016 and is responsible for the day-to-day operations of the division including sales, marketing, manufacturing, software development, and operations.

Jon joined Securus in February 2015, as the Vice President of New Growth Opportunities and was responsible for driving organic and inorganic growth at Securus and its acquired companies. Mr. Secrest has more than 20 years of successfully driving growth in senior-level operations and marketing positions in the communications and manufacturing industries. Before joining Securus, Jon was Chief Marketing Officer of ADC, a $1.5 billion, global manufacturer of telecommunications network infrastructure equipment and then CMO of the Enterprise Networks division after ADC was acquired by TE Connectivity. Before ADC, Mr. Jon was Vice President, Marketing of Eschelon Telecom and Vice President of Operations for Inacom Professional Services Minnesota District.

Jon holds dual bachelor’s degrees in both Business and Economics from Augsburg College in Minneapolis, Minnesota, and a post-graduate certificate in Information Technology, also from Augsburg. In addition, he holds board seats on several non-profit organizations and was Board Vice-Chairman for The Family Partnership, a $10 million human services organization from 2012-2014.

He possesses significant experience with patenting products and software. Mr. Freathy developed the company’s patents for its BluTag monitoring device. Teams that he has managed developed patentable technologies using RF and GPS monitoring equipment. Mr. Freathy has also has substantial contract negotiation and management experience, as well as playing a key role in transitioning companies from a distributorship operation to a manufacturer.

Prior to joining STOP, Stephen supervised multi-national teams for large-scale monitoring operations, including a $500,000 monitoring center in the United Kingdom, which received commendation from the British Home Office.

Mr. Freathy’s academic education was earned in the United Kingdom. He earned the U.S. equivalent of a Bachelor of Science degree in Management Information Systems.

Mr. Jose Andrade is Vice President, Securus Technologies, Electronic Monitoring Division, leads the sales organization making sure all of our customers receive the most complete and professional approach towards solving their challenges related to electronic monitoring.

Mr. Andrade has more than 20 years of successfully driving growth in senior executive positions in sales and operations in variety of industries, but mostly in high-end software, technology and services.

Prior to joining STOP, Mr. Andrade was Division President of U.S. Legal Support, a $150 million legal services and technology organization, where he transformed the sales organization to boost their growth and aligned operations to match a double-digit growth. Before U.S. Legal Support, Mr. Andrade was President of the Americas and Global Head of Medical Sales for a $1 billion subscription and information services company. Mr. Andrade holds a bachelor degree in Industrial Engineering from the Iberoamerican University in Mexico, and post graduate certificates in Business, Leadership and Finance from Harvard Business School, Villanova and Ashridge University in the United Kingdom.

As Director of Manufacturing for Securus Monitoring Solutions, Tom Chando is responsible for managing the world-class manufacturing operation that has allowed us to become the technology leader in the electronic monitoring industry. Tom brings to Securus over 25 years of high-level leadership, operations, manufacturing, and engineering experience in the tech space.